Blend in the crowd 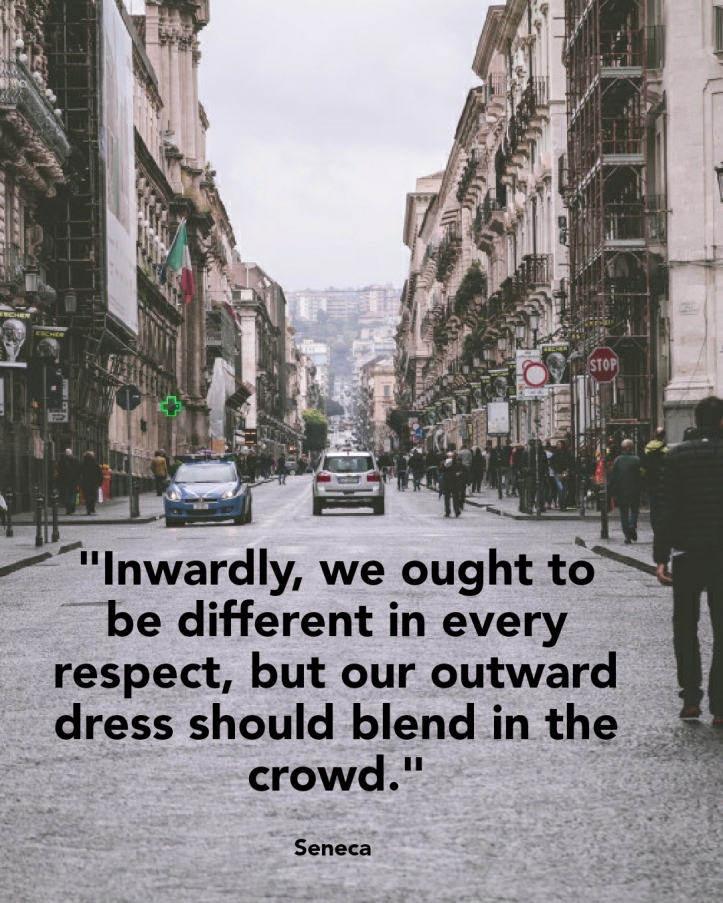 What is Seneca really saying here? I think he is saying as a philosopher you will be different in the way you think and understand the world, but in public you should not appear different. Stoic philosophers like Seneca, Epictetus, and Marcus Aurelius were certainly people who focused on finding meaning in life, figuring it out if you will, but they for the most part did not look down upon the masses. I don’t think what I’ve read about Seneca that he wanted to call attention to himself. He had a relationship with philosophy as a personal study with a few selected students. I think there was also the realization that even though he was a very educated and enlightened person in many ways, he was still part of humanity and did not want to come off as superior, at least when in public.