I’ve been doing some reading to find out just how yoga came into being, and the answer is not clear.  A number of sources claim that yoga predates the written word and is over 5,000 years old.  The evidence of this comes from archaeological dig sites where yoga poses have been found.  There is some conjecture that yoga evolved from Hinduism but Hinduism’s religions structures  were developed much later and incorporated yoga but did not create it.  Initially yoga was passed down from teacher to student through oral instruction and by demonstration.

One of the earliest texts on yoga came from a scholar named Patanjali, who created a book named Yoga Sutras anywhere from the 1st or 2nd century B.C. to as late as the 5th century A.D.  Patanjali wrote about a system called “Ashtanga Yoga,” or the eight limbs of yoga.  There are many (hundreds) schools, styles, and types of yoga but some of the more common include: 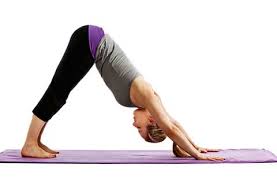 Even by these definitions one can see that it is difficult to separate the exercise component of yoga from the meditative aspect.  The word Yoga means “to join or yoke together,” bringing the body and mind together into one harmonious experience.  The system of Yoga is built on three main structures: exercise, breathing, and meditation; all three components must be in harmony to properly practice yoga.  My next post will begin to focus in on Ashtanga one of the forms of yoga mentioned above in more detail.  Remember you can make up your own sequence of asana’s for your practice, but understanding a few of the more popular disciplines will help you gravitate to what suits your personality and desires. 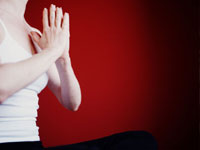 My Tweets
Join 3,580 other followers